ODS’ connection to the not-for-profit world stems from the experiences of its team members. Aside from being respected consultants, each of the team members has previously worked in the not-for-profit sector, both in Brussels and internationally. For each project, we determine together with the client which of our colleagues are the best fit for the job and the organisation. 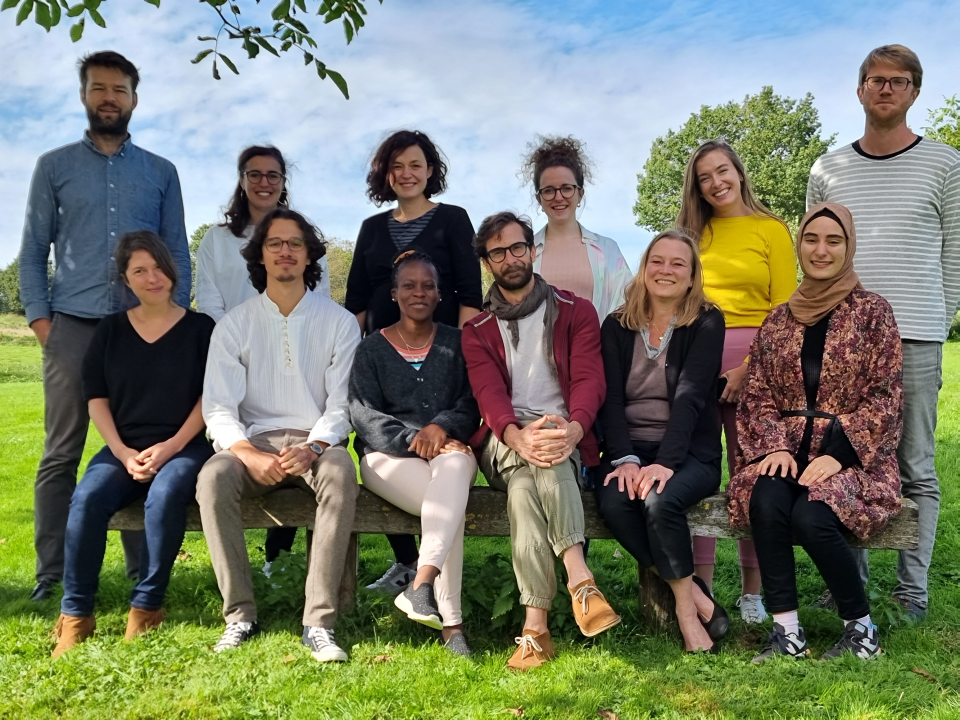 Nabila Habbida is a Senior Consultant with ODS with 12 years of experience in EU affairs,
diplomacy and media. She specialises in EU foreign policy, peacebuilding and conflict prevention
and has extensive experience in advocacy, policy analysis, project management, research and
organisational development.

Before joining ODS, Nabila worked with various NGOs (European Peacebuilding Liaison Office,
Amnesty International, the Jerusalem Legal Aid and Human Rights Centre) and the French
Ministry of Foreign Affairs. She has a Master’s degree in EU policy from the Institute for Political
Science of Rennes and a Bachelor’s degree in International affairs and English studies from La
Sorbonne Nouvelle in Paris.

She is passionate about justice, history, intercultural exchange and is interested in initiatives that
help us understand the human experience holistically. As a consultant, she enjoys work that aims
to build genuine, lasting alliances across sectors and looks to bring an intersectional and
decolonial lens to her practice. 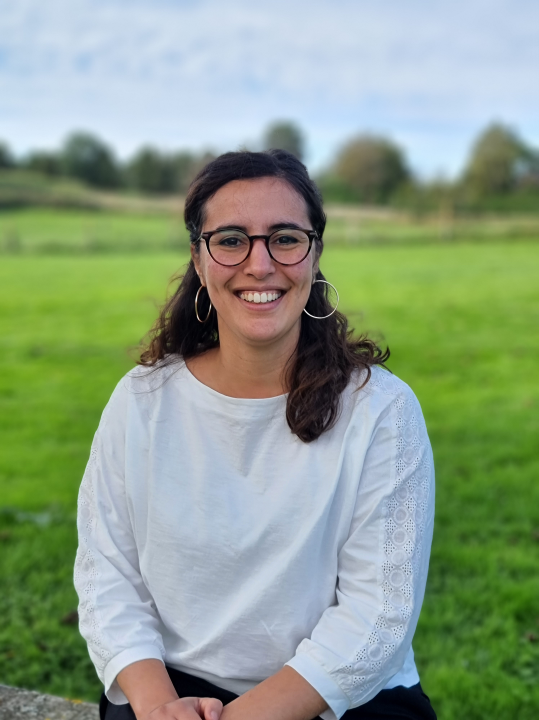 Mees holds a Bachelor of Philosophy, Politics, and Economics (PPE) from the Vrije Universiteit Amsterdam's John Stuart Mill College, where he specialised in economics and philosophy and graduated with Honours from the School of Business and Economics (SBE).

He was raised in a culturally diverse environment by a Peruvian mother and a Dutch father, and he spent time in both countries. As a result, Mees became aware of the prevalence of poverty and inequality on both a national and global scale. The 2008 financial crisis fueled his desire to study economics and stimulated his academic interest in the financial system. In retrospect, his initial interest in economics was not limited to purely economic mechanisms, but also to the impact  that economics has on political, ethical, and behavioural aspects of society.

Aside from the hard skills he acquired during his studies, his extracurricular activities demonstrate his social and political engagement. He served as treasurer on PPE's Publications Committee and co-founded the student-led initiative PPE in Person, which included workshops and interviews to address previously unexplored topics such as positive masculinity, gender-based violence, and identity politics. Prior to beginning his Bachelor's degree, he volunteered with the UNICEF Student Organisation and in Peru with the non-profit organisation MySmallHelp.

Mees works as a Junior Consultant at ODS, providing and assisting with general support, project administration, and business development. 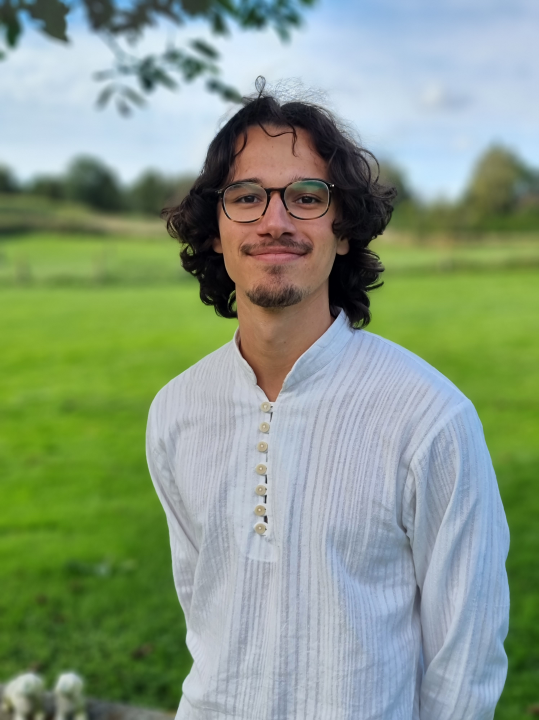 Anna is an organisational development and evaluation consultant at ODS. Since joining in 2016, Anna has been responsible for leading projects to develop organisational, operational, and networking structures and capacity for NGOs and INGOs. Anna led and participated in evaluation and strategic review projects to better position organisations with their programming and operationalisation. Her thematic experience is focused on social justice, having advised organisations working on anti-corruption, human rights and social inclusion.

Previously, she worked in the field of artistic freedom of expression as Programme Development Manager at Freemuse, where she was in charge of overall global programme coordination and monitoring as well as new project development. Anna started to work with NGOs as Network Associate at the International Debate Education Association, where she was in charge of members and network management and she was responsible for coordinating network activities across Tunisia, Macedonia, Kyrgyzstan, the UK and the US, as well as serving as the internal Project Manager for the Brussels office. 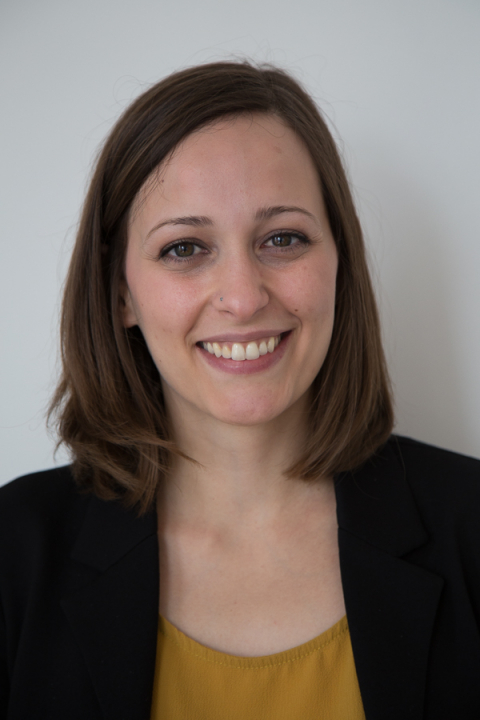 Laurène Bounaud holds a Master’s degree in Journalism from the Institut d’Etudes Politiques of Toulouse and a Master’s degree in Political Science from La Sorbonne University in Paris. She built her career in a variety of roles and institutions, including politics, NGOs and media; looking for solutions, tools and ideas to "fix" inequalities in societies. With Humanity In Action - an international education organisation - she trained new generations of social-makers on minority rights, democracy and pluralism. As the former executive director of Transparency International France, she amplified people's voice through meaningful campaigns and lobbying and built effective collaborations with the public, corporate and non profit sectors to create collective impact. At a time when fake news and media distrust have become a major threat to democracy, she more recently supported the development of a French investigative media.

As we cannot "fix things" in broken societies without changing the way we work, Laurène believes in developing new systems that are more collaborative, more people-centered to create more impact and have collective victories. As a consultant for ODS, she enjoys connecting tools, research and practical solutions, mobilising teams and developing organisations on a human, organisational, advocacy and strategic level. 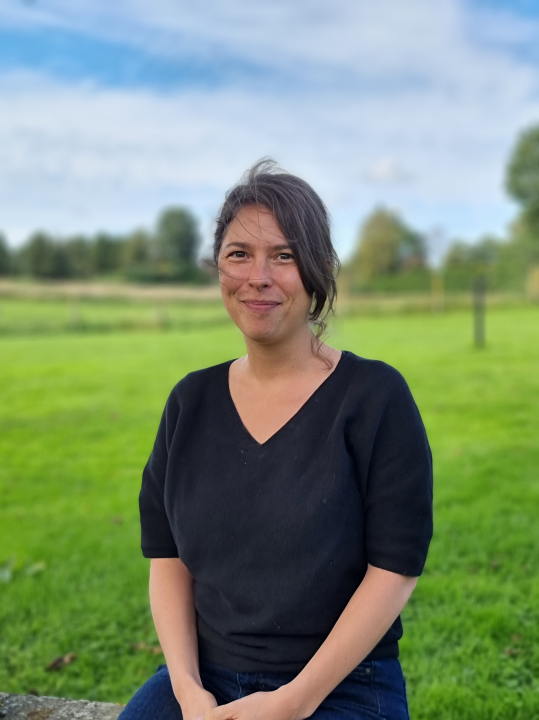 Wouter has a law degree from the University of Amsterdam, and has extensive practical organisational development experience. His qualities complement those of the rest of the team, allowing ODS to offer an even more comprehensive range of services. Within ODS, Wouter is responsible for network cooperation, communications & (social) media and strategy.

In the Netherlands, Wouter was a legal expert for several CSOs, including Victim Support Netherlands. After a move to New York, he worked as a Comparative Legal Researcher for US and international clients, and as a Marketing and Communications Strategist for start-ups with a focus on tech and healthcare. In addition to this, Wouter has worked as a freelance writer and journalist with a keen interest in international politics.

In the complex Brussels landscape, Wouter de Iongh enjoys navigating the political sensitivities as well as the financial, organisational and cultural challenges of CSOs, funders, media and EU institutions. 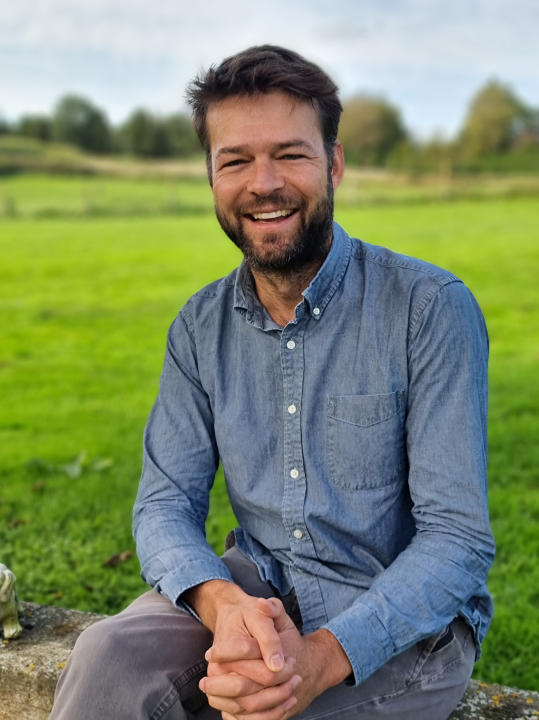 Veronika leads the Monitoring, Evaluation and Learning (MEL) practice at ODS. Keeping up to date with the evolution of this exciting field, she works with our clients in designing and applying MEL frameworks to strengthen their work. She also leads the evaluation of programmes and facilitates learning and capacity building around MEL.

Veronika has more than 7 years of experience in research and evaluation. Prior to joining ODS, she focused on policy research and analysis at RAND Europe. She holds an MA in International Relations from the University of Florence.

In her work, she is passionate about finding evaluation approaches and frameworks in which NGOs, funders and programme stakeholders recognise themselves. She enjoys facilitating participatory, horizontal and longer-term thinking around evaluation. Veronika is building ODS’s practice of working with MEL approaches that reflect the complexity of contexts, stakeholders and the dynamic aspect of NGO programmes.  Her work focuses on distilling insights from multi-method research into practical recommendations for the everyday decisions of our clients. 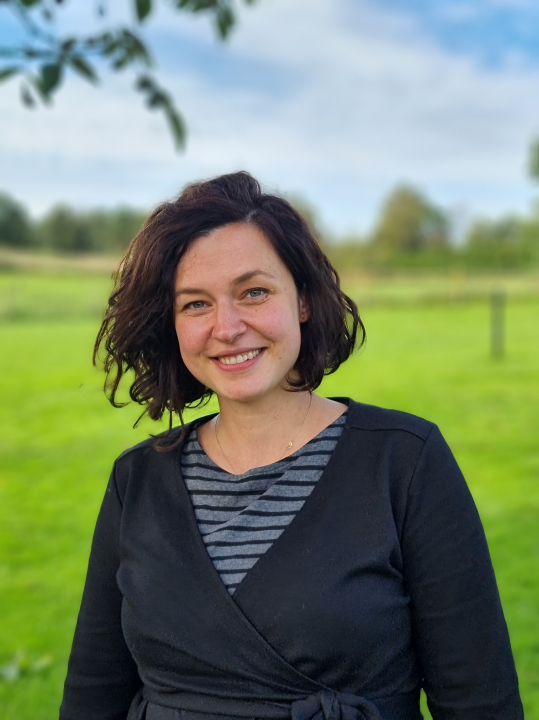 Zdena is a senior research consultant at ODS. She leads research intensive evaluations with a focus on qualitative research methodology and also provides research support to other areas of work including strategy and organisational development.

She has worked for development and human rights NGOs in South Africa and Belgium and in development consulting focused on fragile states in Africa and Asia. Some of the organisations she has worked for include Khulumani in South Africa, Save the Children and the Unrepresented Nations and Peoples’ Organisation (UNPO) in Belgium and Farsight (now Seefar) an international consultancy and social enterprise. Zdena is a thematic expert in intersectionality, transnationalism and development. This is also the focus of her PhD which she is completing with the University of Kent. She holds a Masters degree in International Relations from the Universita Cattolica del Sacro Cuore in Milan, Italy and a B.A Honours degree in Organisational Psychology from the Nelson Mandela Metropolitan University in Port Elizabeth, South Africa. She is a Zimbabwean native and speaks English, French and basic Dutch in addition to Ndebele and Shona.

Zdena enjoys the holisism of organisational development work. She enjoys analysing the interconnections between the work of organisations and their macro and micro environments and assisting clients to find the balance that helps them achieve their goals. 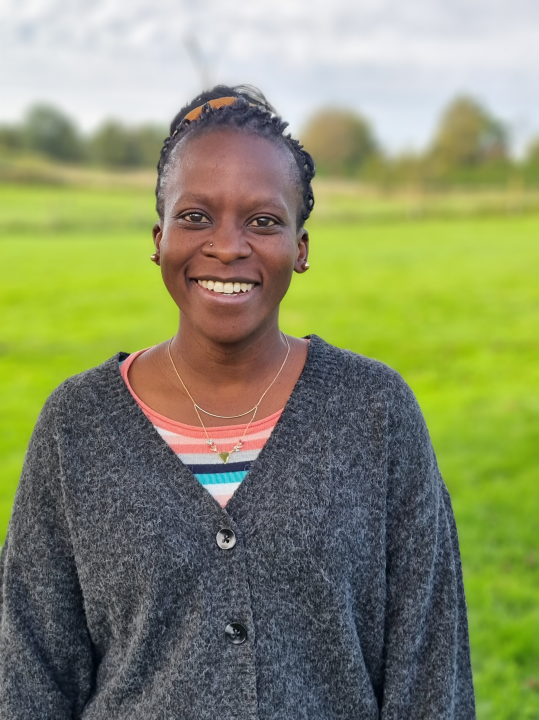 Andres is a Senior Evaluator with more than 15 years of experience conducting field-based participatory research and evaluations. During his career, he has always used qualitative social research (such as ethnographies of development, ethno-evaluations,  impact and process evaluations) as the spearhead to identify key issues and provide evidence to shape strategic directions of future programs. He enjoys unfolding alternative research methods (such as forum theaters or discourse analysis), fostering participation among local actors to help to decolonize and localize Monitoring and Evaluation frameworks.

Andres’ research experience is coupled with extensive experience in NGOs´ program management in settings such as Guatemala, The Philippines, Iran, Malawi and Chile. He has worked for organizations such as Action Against Hunger, Save the Children and The Spanish Agency for International Development, amongst others. 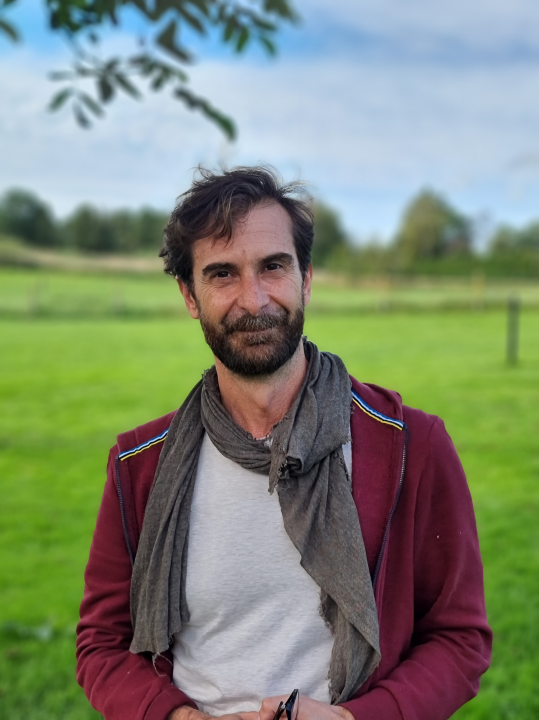 Lisa-Marie is a Senior M&E Consultant with ODS. She specialises in qualitative research and feminist approaches to evaluation and has extensive experience working with a variety of NGOs, institutions and donors across the human rights and social justice field.

As a consultant, she has led and supported complex evaluation and baseline studies for She Leads, Kvinna till Kvinna, Protect Defenders, Count Me In!, OMCT, Choice for Youth and Sexuality and EPIM among many others. She has led on the review and design of organisational MEL practices including with FIDH, Front Line Defenders and the Public Interest Litigation Project.

Lisa-Marie also specialises in research ethics, with a focus on research with vulnerable groups. She works as an External Expert for the European Commission ethically assessing research projects involving humans with a focus on informed consent processes, data security, research environment and avoidance of harm. Lisa-Marie has conducted research on marginalised populations for organisations including the Council of Europe, the European Programme for Immigration and Migration and CHOICE for Youth and Sexuality.

As a native English speaker, Lisa-Marie has a Graduate Dipl. in Ethics and a Masters in Human Rights with a focus on reception systems for asylum seekers. 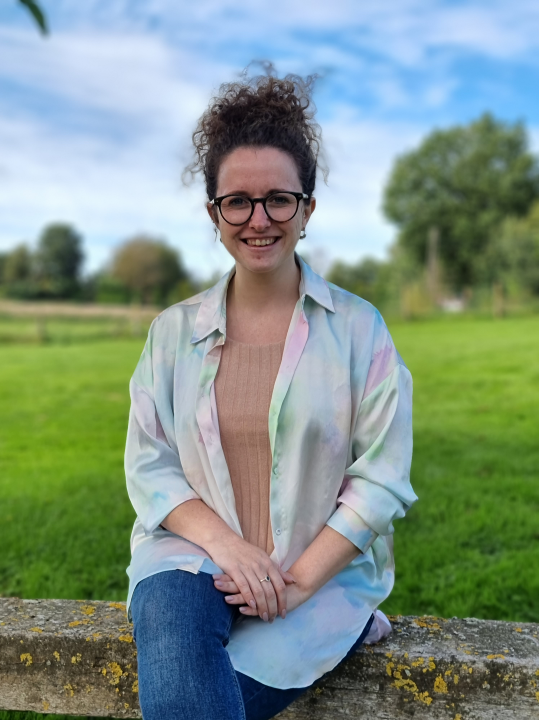 Hans is one of ODS’ founders. He is an organisational development expert with an extensive track record in successfully advising non-governmental organisations and complex international networks. As such, he has been involved in reorganisations, change management, strategy development and assessments of a broad variety of organisations worldwide.

Hans is a political scientist by training and worked in both the Dutch and the European Parliament. Hans headed Greenpeace’s European Unit in Brussels as well as WWF International’s Organisational Development Unit near Geneva before becoming CEO of the Resource Alliance and COO of the European Council on Foreign Relations in London. He is fluent in Dutch, English, French as well as German, and gets by in Italian. 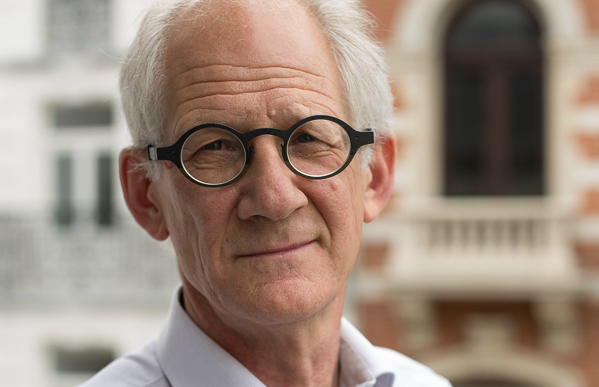 Eva is our administration and office manager since May 2019. Contracts, phone bills, invoices, but also the search for the best fairly traded organic coffee, usually go through her hands.

She previously worked six years as an administrative assistant in a Japanese private company in Brussels. She also has former work experience in the sector of development cooperation (mainly in West-Africa), where she worked for various governmental, non-governmental, and private organizations.

Eva holds a master in Economic Science from the University of Bonn, Germany. She speaks French, German, and English, and has a basic understanding of Spanish and Dutch.

Eva enjoys being the “Swiss knife” of ODS, where, be it indirectly through many small actions, she can contribute to the development of a world where justice and the respect for our planet and its people receive more attention. 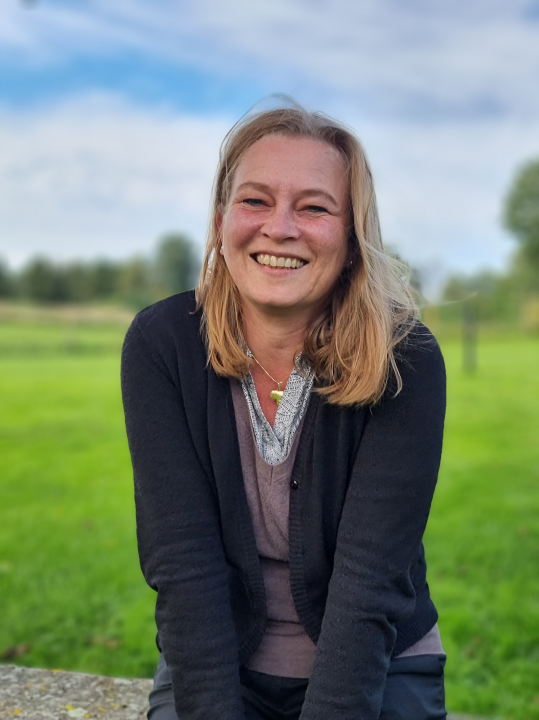